A whole bunch of Feature Requests

Hey devs! This is a great Online Map Making Tool and I am eager to see where it goes.

Some feature requests right off the bat:

I’ve just had time to properly read through all your suggestions. You are suggesting some nice features which we’ll probably implement in the future. Now it’s a bit hard to discuss so many of these futures in one thread, the forum works better if you create threads or join other threads about a given issue.

For this thread, maybe you could say which are the 3 most important features from your list, what you believe could contribute the most to MapHub.

While this is not the data-driven feature which will be added one day, I’ve implemented a basic feature which allows you to add hidden data to the description field and use that for filtering. You can read more about it here:

Different users are using MapHub in very different ways: some users create maps with hundreds or thousands of items, while others make… 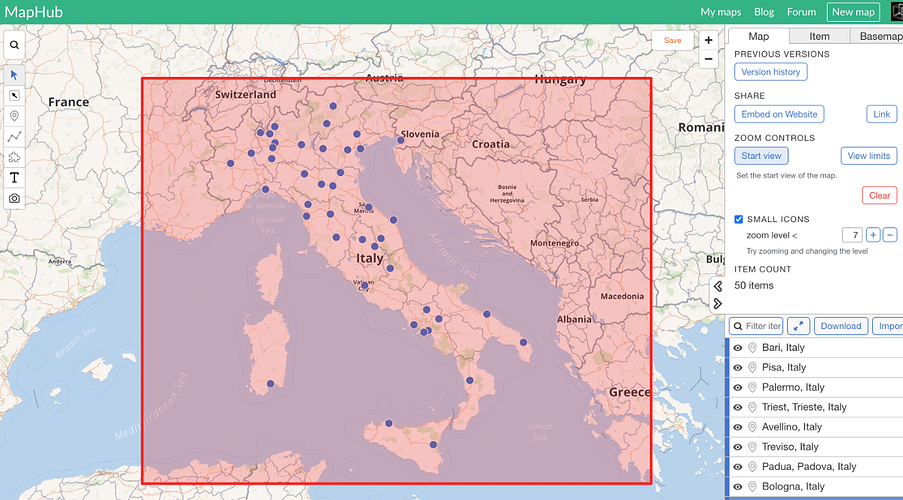 One of MapHub’s most frequently requested features is to specify the initial view of a map. This is now possible, as well as other advanced…