I’m using maphub because it seems to be a great resources so far. However, I’m trying to create a map that other people can use efficiently. For example, I’m mapping all of the school districts in a county. That creates a lot of groups, so I was wondering if there would be a way to make it so I could take all of those school district groups, and put it in another group so there’s less clutter, and then also giving it the ability to hide multiple groups at once. This is also stopping me from putting all of the counties I’m working with onto one map, so if there could be even more groups within groups that would be helpful.

Also, an option to add a map legend would be neat, possibly where the ‘Info’ tab is.
Thank you, and it’s really great so far!

Can we go through your ideas one by one?

1: Yes. For example, if I have a group with the pink phone icon, then the icon could show up on the group name itself, or something on the side of the map. Something that would say the pink phone icon means whatever I assign to it.
2: That would probably help, but I’m not sure how to make that clear to my viewers.
3: My viewer may want to hide anywhere from 16-25 groups on my larger map, but that may change. For example, I’m mapping out school districts and employers. My viewer may not want to see all of the school districts, so they would have to go and hide 16 school districts, one by one.
4: I understand, it’s not that common of a feature. It didn’t hurt to ask about it

For 1. I think the best idea is to use an image for legend, as probably every user would like to have a different idea about it. So for now, you can use the Markdown syntax to include an image, and in the future, it might be a simple image upload. (1. upload an image to http://imgs.fyi/, use it in markdown like
![](http://i.imgur.com/q4DlEMs.jpg)

For 3. Why not just start with most groups hidden? Maybe 1 could be visible and 16 hidden?

Your issues are valid, I’m just trying to understand what would be the best way to solve them as well as keeping it simple for most users. Many users don’t even create groups, so it’s delicate how to keep it both simple and powerful.

For the images, the best idea is to zoom into the browser and then take a screenshot. Then it’ll be nice and high quality.

I came here from google my maps because I’m allowed to make more than 10 groups which was pretty neat. But I get where you’re coming from. This has ended up being a good medium between too simple and too complicated, now I’m just trying to figure out how to make it simpler for my viewers

Oh! I do have one more thing though. If looking at the map as a viewer, it seems like there isn’t a way to get back to the description of the map itself once you click an item. Instead, it’s just the item information in the Info tab.

Hello, I would like to second the request for grouping groups. I understand that we may be a minority seeing a need for it but it would help so much, just adding the groups made my maps useful but there is still a need for more levels.

I primarily make maps for historic places in China, for example all the historic buildings in Beijing. Beijing has over 30 temples and I’m working on adding each building of the temple complexes which in China can be over 30 buildings on the bigger ones. If I or someone else wants to hide the temples, they have to click over 30 times, and that is only for one kind of building, there is also tombs, parks, walls, palaces. I also have most of the old streets, but I can’t add them to a mid-level of ancient districts which would have been preferable. 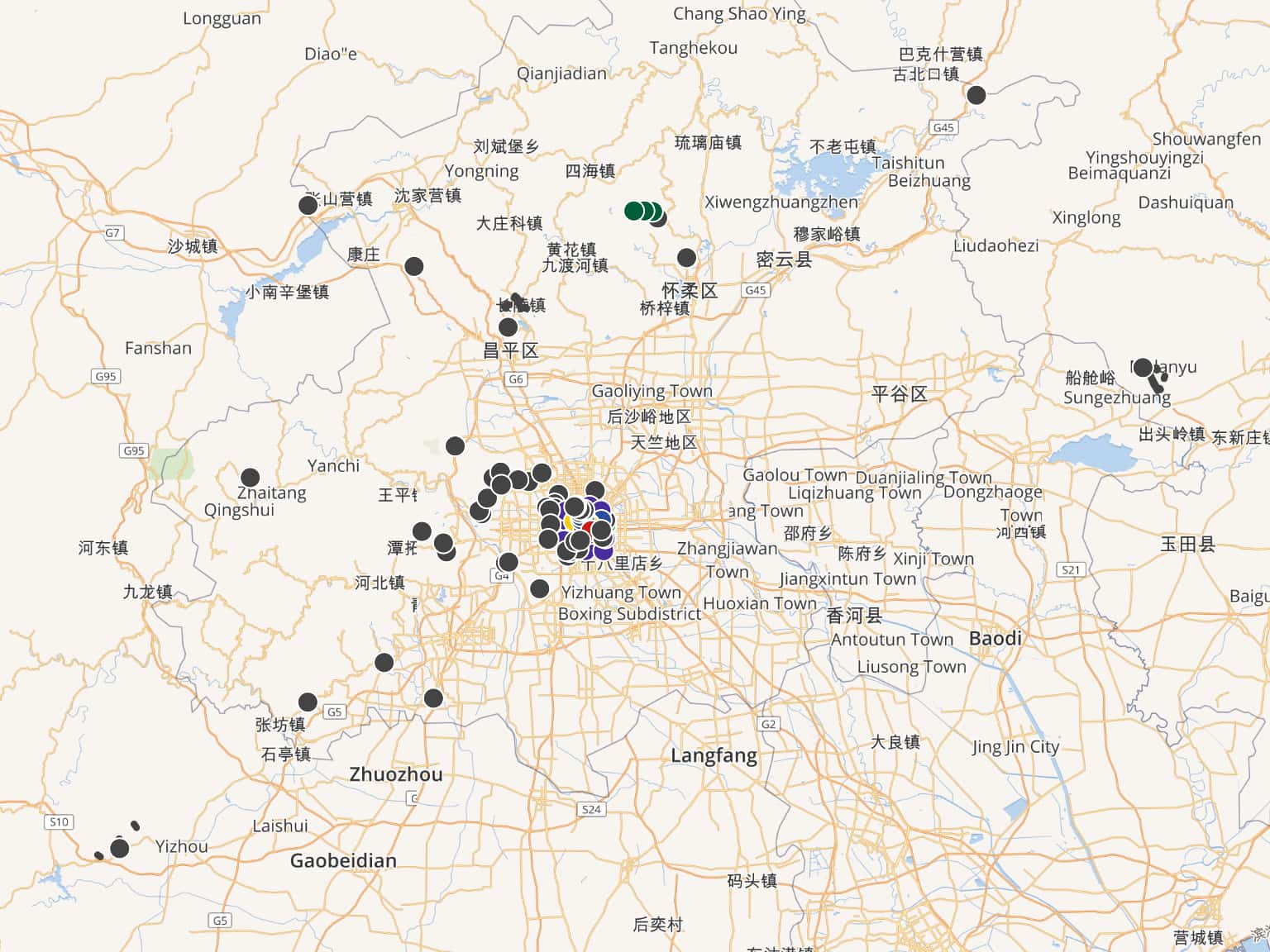 If there was groups-in-groups then I would also be able to work on my big goal, having everything on one map instead of doing city-specific ones. MapHub is by far the best one out there for this kind of things but it has limitations, but they are getting less and less. 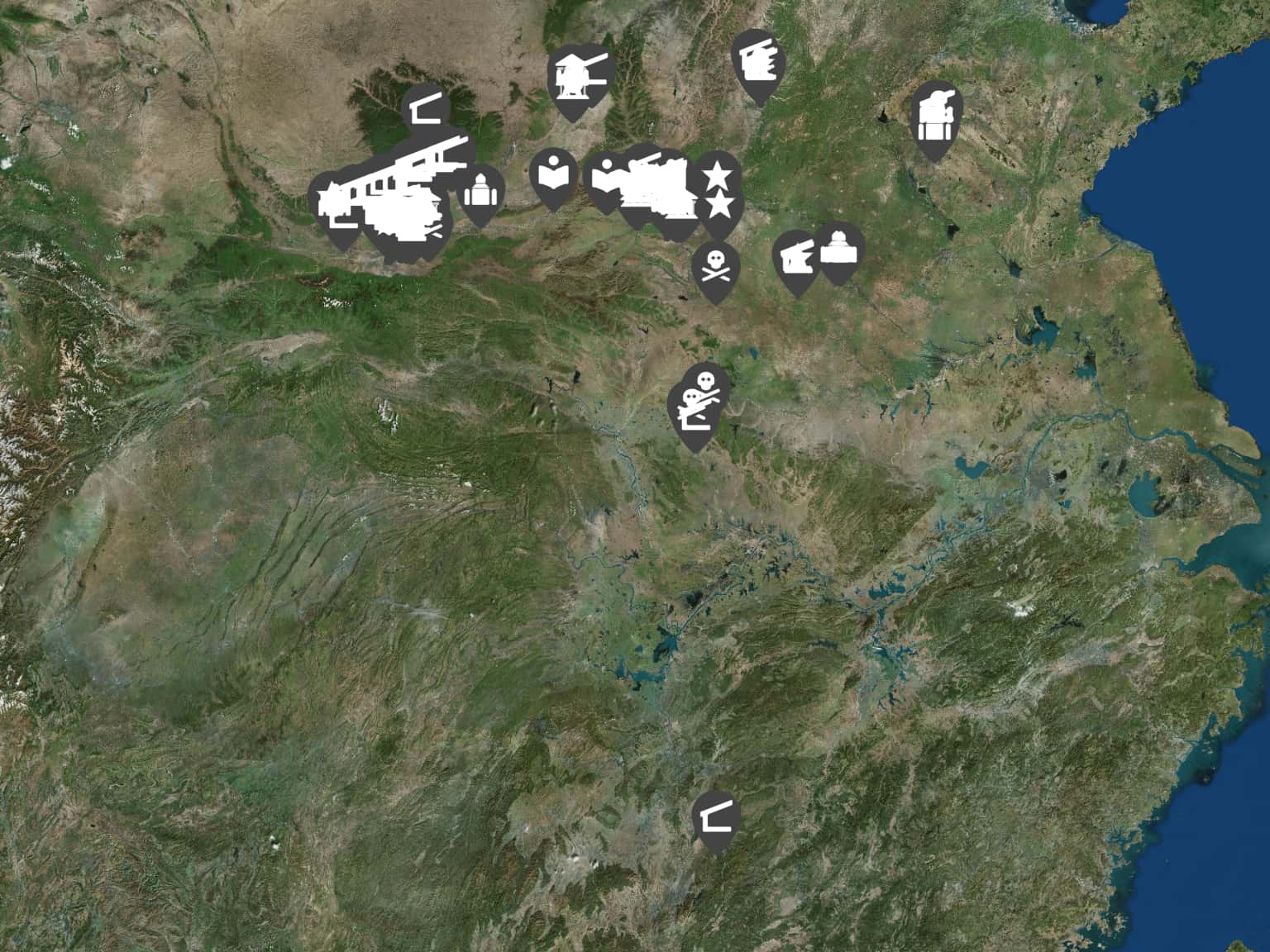 Thanks for the great work!

Hi, I was thinking about the ideas you’ve recommended in this thread.

Legend: More and more people are asking about it, so I’ll start adding a Legend Editor. This will also be the future place of Map Description, and will have a button to show / hide at any moment.

About groups in groups: @Xelume first of all, thanks for sharing your maps! They are really nice and super detailed - you must have put a lot of time into making them! I’m thinking more about how to solve your problem. I’ve received a request asking for more data-driven maps. That is there should be categories to switch, in your case it’d be: City, Era, Function, etc.
I think this is better than groups in groups, as you can structure your data in a dynamic way like this, without the need to have a fixed group in group structure.

But the group in groups or the data driven map is a really complicated issue, it’ll have to come after launching stable version.

Perhaps it can be something like a tagging system? Such as, he can add tags to the items (City, era, function) and people can search using those

Yes, something like that, but it’s not easy to come up with a system which is both easy to use and supports all usecases. I’ll keep thinking about it!

While this is not the data-driven feature which will be added one day, I’ve implemented a basic feature which allows you to add hidden data to the description field and use that for filtering. You can read more about it here:

Different users are using MapHub in very different ways: some users create maps with hundreds or thousands of items, while others make…

About groups within groups: I was thinking a lot about it and I believe it’d be unnecessarily complicated for most use cases. I’d prefer to keep single level groups.

Noooo(. This is a killer feature which no one … if you stand out from others and do it - it would be fantastically cool! Just try to make a poll and you will see that it will be necessary to almost all

There is a big update, I’ve added Legend support. It uses the existing title and description fields but in a more polished way with better UI for view mode. The embed wizard also supports it, where it can be turned on and off. Blog post coming soon.

Noooo(. This is a killer feature which no one … if you stand out from others and do it - it would be fantastically cool! Just try to make a poll and you will see that it will be necessary to almost all

I would also really like to see this feature implemented

I can’t find the Legend support yet, waiting for your blog post

btw. just wanted to add that I really like Maphub, it works great!

Hello, I too would like this sub-group functionality to exist, it would be very useful to us.

Yeah, I join to the peaceful desire of grouping groups in groups

I’ve written a blog post about the legend / Info widget: 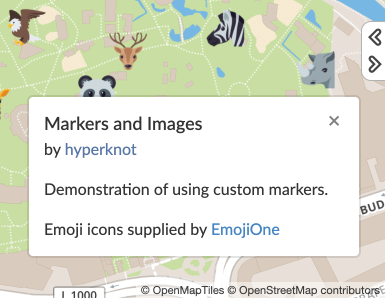 There has been a number of new features added to MapHub in 2020. The following series of posts will introduct the most important ones.